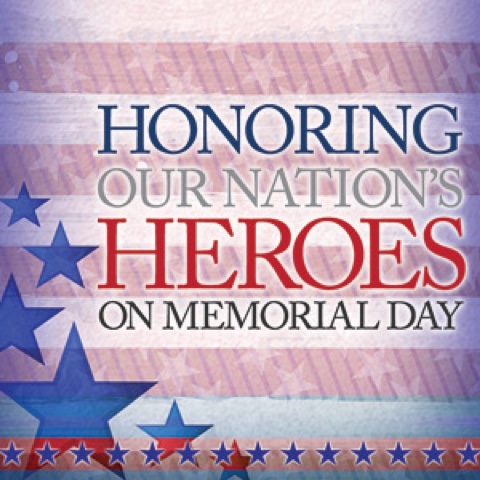 Ombre dyeing gives a nice subtle, ethereal look to fabrics.  It looks harder than it actually is.

2.  Use pins to mark increments along the length of the fabric.
3.  Pin the fabric to plastic hangers for easier handling.
4.  Mix up 20 ml of dye at a concentration of 100 mg/ml in Urea water
5.  Place 2000 ml of warm Soda Ash solution in a plastic container.
6.  For the lightest shade in your ombre pattern, add 2 ml dye concentrate to the soda ash solution.
7.  Wipe the inside of the dye tub to prevent unwanted dye marks on the fabric
8.  Dip fabric to the farthest pin and move up and down several times.
9. While holding the fabric above the dye tub, add 2 ml of dye concentrate and mix well.
10.  Dip  the fabric the the second pin and move up and down several times.
11.  Repeat steps 9 and 10 but adding 2 ml of dye concentrate each time until ten sections are dye at increasingly darker color.

12. Pull fabric out of the dye tub and hang over a container to collect any drips.  Allow dye to batch for 2 hours.
13. Rinse the fabric in cold water, wash in Blue Dawn, dry and iron.


Some of my earlier posts included scarves that were ombre dyed.  Here are some images to show some additional samples of ombre dyeing.

Katazome, is a Japanese method of dyeing fabrics using a resist paste applied through a stencil. With this kind of resist dyeing, a rice flour mixture is applied using a brush or spatula.  Pigment, or dye, is then applied by hand-painting, immersion or both.  Where the paste mixture covers and permeates the cloth, dye will not penetrate. One of the biggest attractions of katazome was that it provides and inexpensive way for an over-all pattern.
Traditional katazome is quite labour intensive.

Stencil:
In traditional Katazome, the stencil is made by bonding multiple layers of mulberry paper together and waterproofing with persimmon tannin, resulting in a strong, flexible brown colored paper.  The intricate designs are then cut by hand with a knife. The resulting stencil is stabilized by overlaying with a fine net of silk.
This seemed way too complicated and time consuming.  So, I decided to use an existing plastic stencil for my first trial. For additional stencils, I used my Cameo to cut custom designs.

Paste Resist:
Traditional Katazome paste is made using a complicated process (John Marshall has a very good description at http://www.johnmarshall.to/H-Resist.htm). While checking on-line for easier methods of making the paste resist, I found that Amazon carries a type of glue called Nori Glue that is made from rice and is water soluble.  I purchase some and found that it was an inexpensive, easy and satisfactory paste resist.
I also tried Elmer’s school glue.  This works well as a resist for drawing but was not a good stencil resist.

I liked this technique.  So, I decided to try making some scarves.

About a two years ago, I moved my long arm sewing machine into the smallest bedroom in our house. When setting up the room, I decided I wanted to stencil a phrase of encouragement on the wall.  Looking on-line, I found that the custom stencil I was thinking about (“Dream it…  Plan it…  Do it!) would be expensive.   Instead of ordering one, I thought I should check out options for a personal cutting machine to make my own stencil.  While more expensive, I realized that if I purchased the cutter, I could use it for a lot of other ideas. So, I purchased a Silhouette Cameo cutting machine, made my own stencil, and it turned out great.

Since then, I have used my Cameo for a few other projects – personalized cards, applique templates, and recently glass etching stencils.  One of the things I never really thought I would try to cut with the Cameo was fabric – I just didn’t think that the blades would not be able to cut smoothly.

However, last week, while reading one of my favorite blogs (Cedar Canyon Textiles), I began to rethink that opinion.  In her blog, Shelly Stokes described her attempts at fabric cutting with a similar cutting machine.  In her description, she commented that from what she had been told and read, you need to “stabilize the dickens” out of fabric, in other words “turn it into paper”.  Realizing that sometimes heavy stabilizer are not wanted, she set up several tests to see if she could cut fabric.  She tested:
– Plain fabric (no stabilizer)
– Fabric stiffened with Totally Stable
– Fabric stiffened with freezer paper
– Fabric fused to Steam A Seam Lite
– Fabric fused to Steam A Seam 2 (not lite)
She found was that fabric alone did not cut well, but when stabilized with Totally Stable and freezer paper the outcome was acceptable (but not perfect) and the fabric retained original feel after the stabilizer was peeled off.  Fabric stabilized with fusible web cut cleanly, with the heavier the fusible web the cleaner the cut.
Since I like to use Misty Fuse when doing applique so that there isn’t a lot of extra bulk, I really don’t want to use a heavy stabilizer when cutting out applique pieces.  So, I decided to do my own experiment.  I liked the freezer paper idea, but thought I would try to enhance that approach to make the fabric stiffer for a cleaner cut.
Experiment #1 – Starched fabric with freezer paper

I thought that if I heavily starched the fabric prior to stabilizing on freezer paper, I may get a better result that must freezer paper alone.

I used my own starch spray recipe, to have control over the stiffness created.

This recipe makes a fairly stiff starch spray (for normally pressing when I am quilting, I omit the Sta-Flo from the recipe).  The starch in the Potato Vodka gives a very nice, soft feel to the fabric while pressing very smooth.

After starching, I fused freezer paper to the back of the fabric, attached it to the sticky cutting mat and loaded it into the Cameo cutter. The cut file that I had created included some basic shapes with straight lines and curved lines. I also included an intricate butterfly to see how well the details could be cut.

The Cameo cut the basic shapes really well.  But, the details of the butterfly were less than impressive. The blade tended to pull the fabric when moving.

So, I thought – what if I load the Cameo with the fabric “sandwiched” between the cutting mat and the freezer paper?  Would this keep the blade from pulling on the fabric?

Experiment #2 – Starched fabric with freezer paper above the fabric

I was amazed to watch the Cameo cut the basic shapes and the details of the butterfly with great precision!

This stuff is amazing!  That’s how the description of the Jacquard Color Magnet starts on the Dharma Trading website.  After reading that, I was intrigue and wanted to find out more .

Color magnet is a dye attractant that magically attracts more dye where it is applied, creating a unique, two-toned effect. The more dilute the dye, the greater the contrast of color. The color magnet has no binder, so it washes out completely after dyeing, leaving your fabric nicely colored but unchanged in how the fabric feels.  The color magnet comes in two forms.  A roller ball pen form that can be used for drawing or stenciling detail.  And a one pound container that can be used for screen printing, painting or stenciling larger areas.

More on the actual dyeing tomorrow.

A while ago, I had an idea for a knit infinity scarf. The lace pattern idea I thought would look nice. And, since I live in Minnesota, we have plenty of days when scarves are needed.

Since I was using my own pattern, I wasn’t sure how the scarf would turn out. As I was finishing, the completed scarf appeared that it would measure 5″ x 100″.  As I was binding off the stitches, I realized that this was too long for an infinity scarf.  So, before binding off the entire scarf, I dropped some stitches in two areas to allow me to unravel a few sections.  I then cut the unraveled sections into two pieces, 22″ and 72″.  The longer piece was made into a scarf by tying knots at the edge of the knitting at each end.  The ends of the shorter section were sewn together and lined with polar fleece to make a headband.

On a recent trip to New York City, I decided to try this pattern again with another skein of yarn, but using fewer stitches to be able to create a true infinity scarf.

I love Spring and today was one of my favorite days – spring planting day.